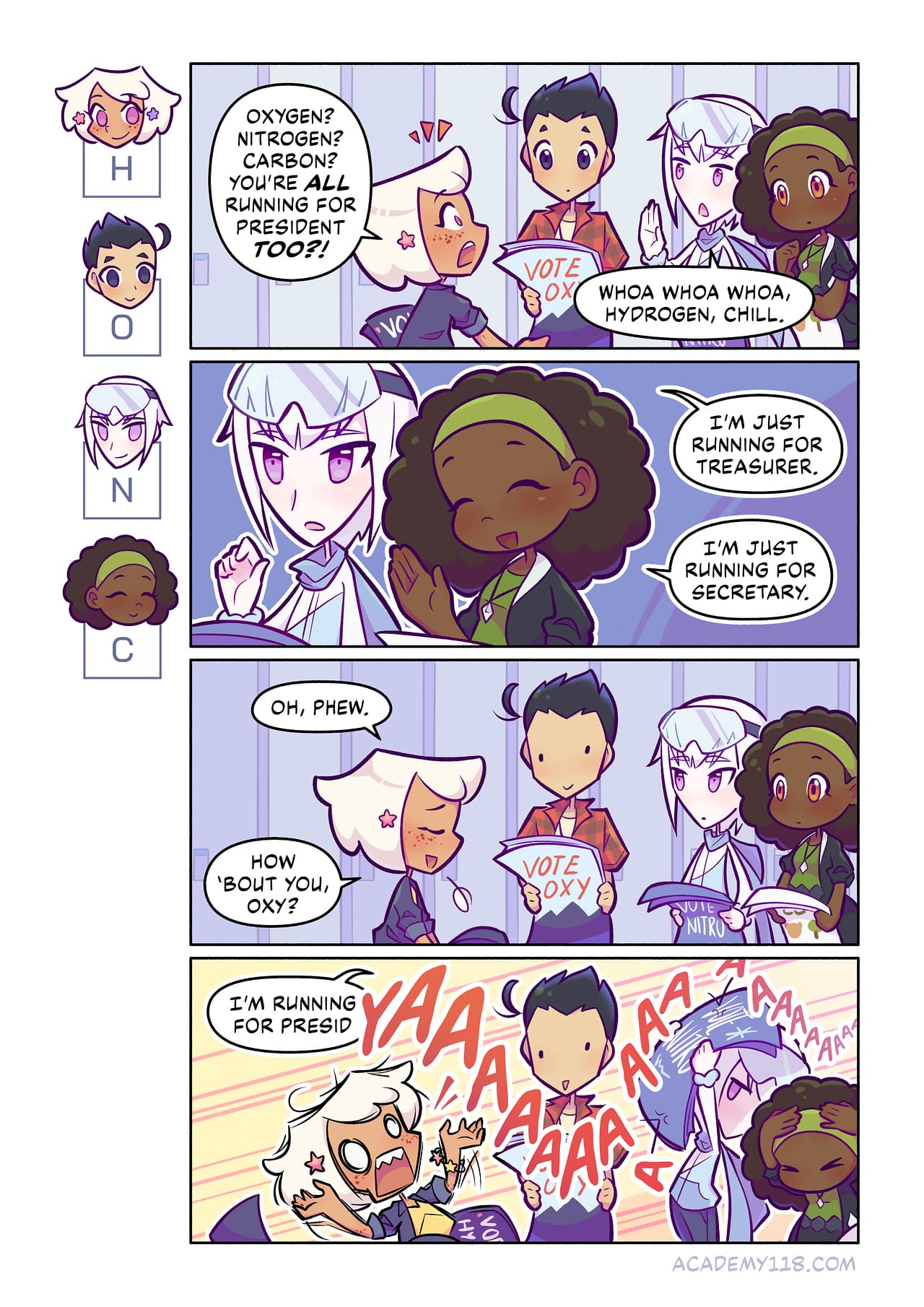 Oxygen: I’m running for presid
Hydrogen: YAAAAAAAAAAAAAA
[Hydrogen screams so loudly that Carbon covers her head and Nitrogen raises his posters to deflect the letters of the scream as they fade into the distance.]