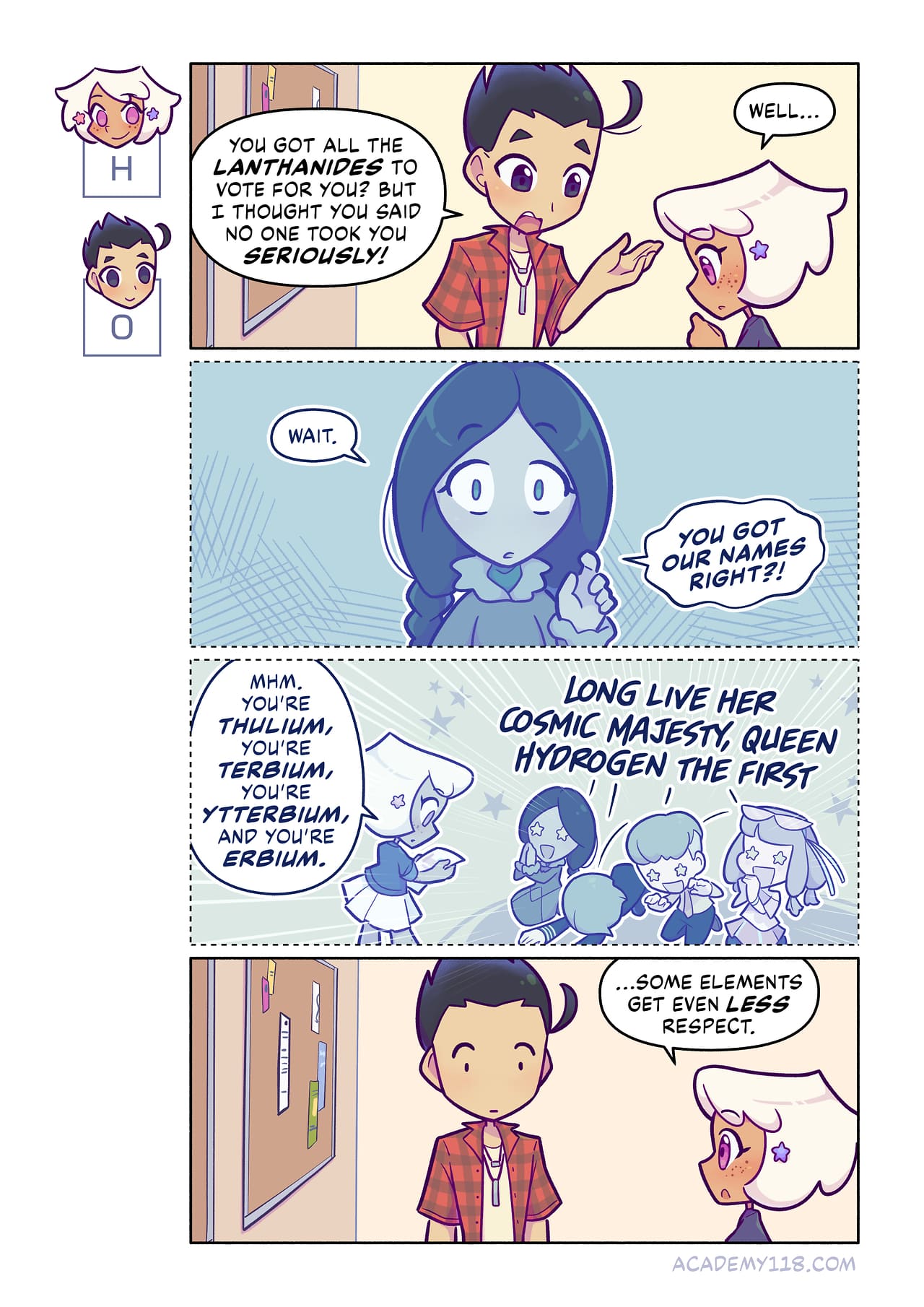 [Oxygen and Hydrogen stand in front of the announcement cork board.]
Oxygen: You got all the lanthanides to vote for you? But I thought you said no one took you seriously!
Hydrogen: Well…

[Flashback. It’s a close-up of Thulium, a girl wearing twin brown braids and a long fur anorak.]
Thulium: Wait.
Thulium (shakily): You got our names right?!

[Hydrogen stands in front of Thulium and her three companions: Terbium, a boy in a black suit; Ytterbium, a boy with a yellow shirt and orange tie; and Erbium, a girl in a pink skirt and pink sunglasses. Hydrogen looks down at a paper, on which the periodic table is printed.]
Hydrogen: Mhm. You’re Thulium, you’re Terbium, you’re Ytterbium, and you’re Erbium.
[The four lanthanides get on their knees. Thulium and Erbium clasp their hands in praise, while Terbium and Ytterbium bow down to the floor.]
Thulium, Terbium, Ytterbium, Erbium: LONG LIVE HER COSMIC MAJESTY, QUEEN HYDROGEN THE FIRST

[The flashback ends. Oxygen stares blankly at the viewer.]
Hydrogen: …Some elements get even less respect.