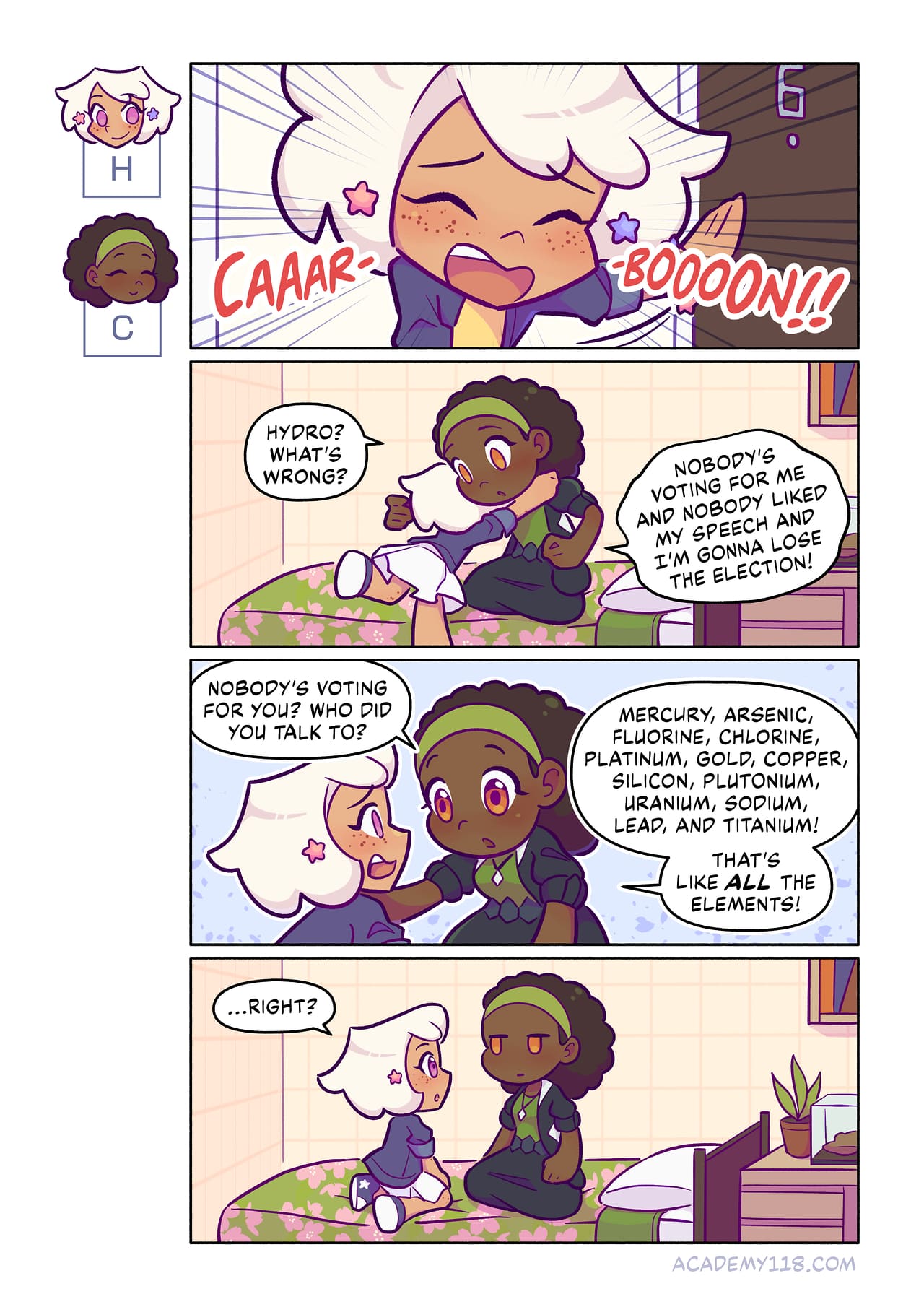 [A clearly upset Hydrogen flings open the door to Carbon’s dorm, which is numbered 6.]
Hydrogen: CAAARBOOOON!!

[Carbon sits on her bed, which is covered by a flowery blanket. On the desk beside the bed are a potted plant and a terrarium. Hydrogen runs towards Carbon and throws her arms around her.]
Carbon: Hydro? What’s wrong?
Hydrogen (shakily): Nobody’s voting for me and nobody liked my speech and I’m gonna lose the election!

[Hydrogen breaks the embrace. She looks like she’s about to cry.]
Carbon: Nobody’s voting for you? Who did you talk to?
Hydrogen: Mercury, Arsenic, Fluorine, Chlorine, Platinum, Gold, Copper, Silicon, Plutonium, Uranium, Sodium, Lead, and Titanium!
Hydrogen: That’s like all the elements!

[Carbon stares at Hydrogen, because that is definitely not all the elements.]
Hydrogen: …Right?