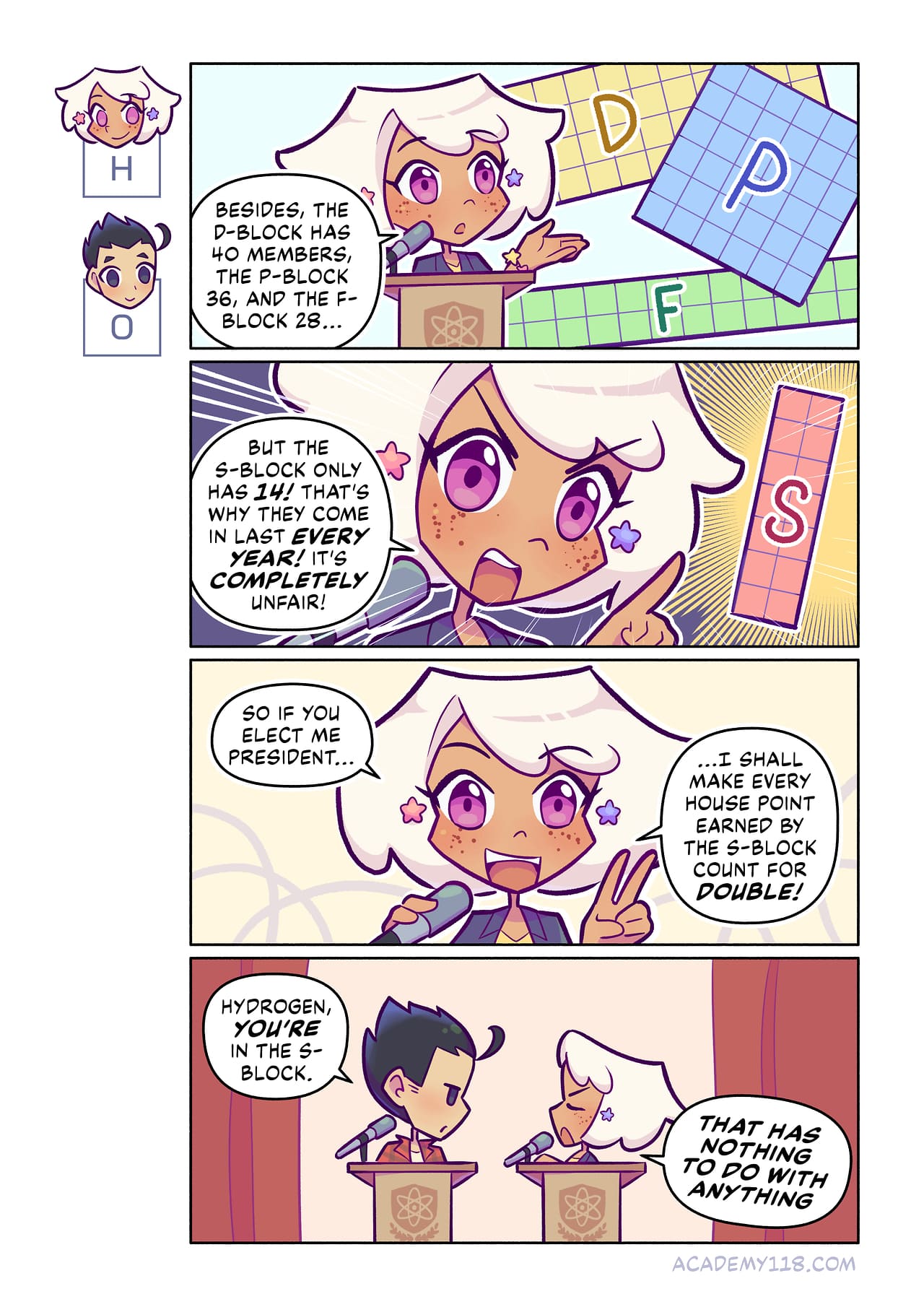 [Behind Hydrogen’s podium are images of the d-, p-, and f-blocks, in their respective house colours.]
Hydrogen: Besides, the D-Block has 40 members, the P-Block 36, and the F-Block 28…

[Hydrogen points to an image of the periodic table s-block, in house colour red.]
Hydrogen: But the S-Block only has 14! That’s why they come in last every year! It’s completely unfair!

Hydrogen: So if you elect me president…
Hydrogen: I shall make every house point earned by the S-Block count for double!
[Hydrogen punctuates her last point by holding up two fingers.]

[Oxygen glares at Hydrogen in disapproval.]
Oxygen: Hydrogen, you’re in the S-Block.
Hydrogen: That has nothing to do with anything