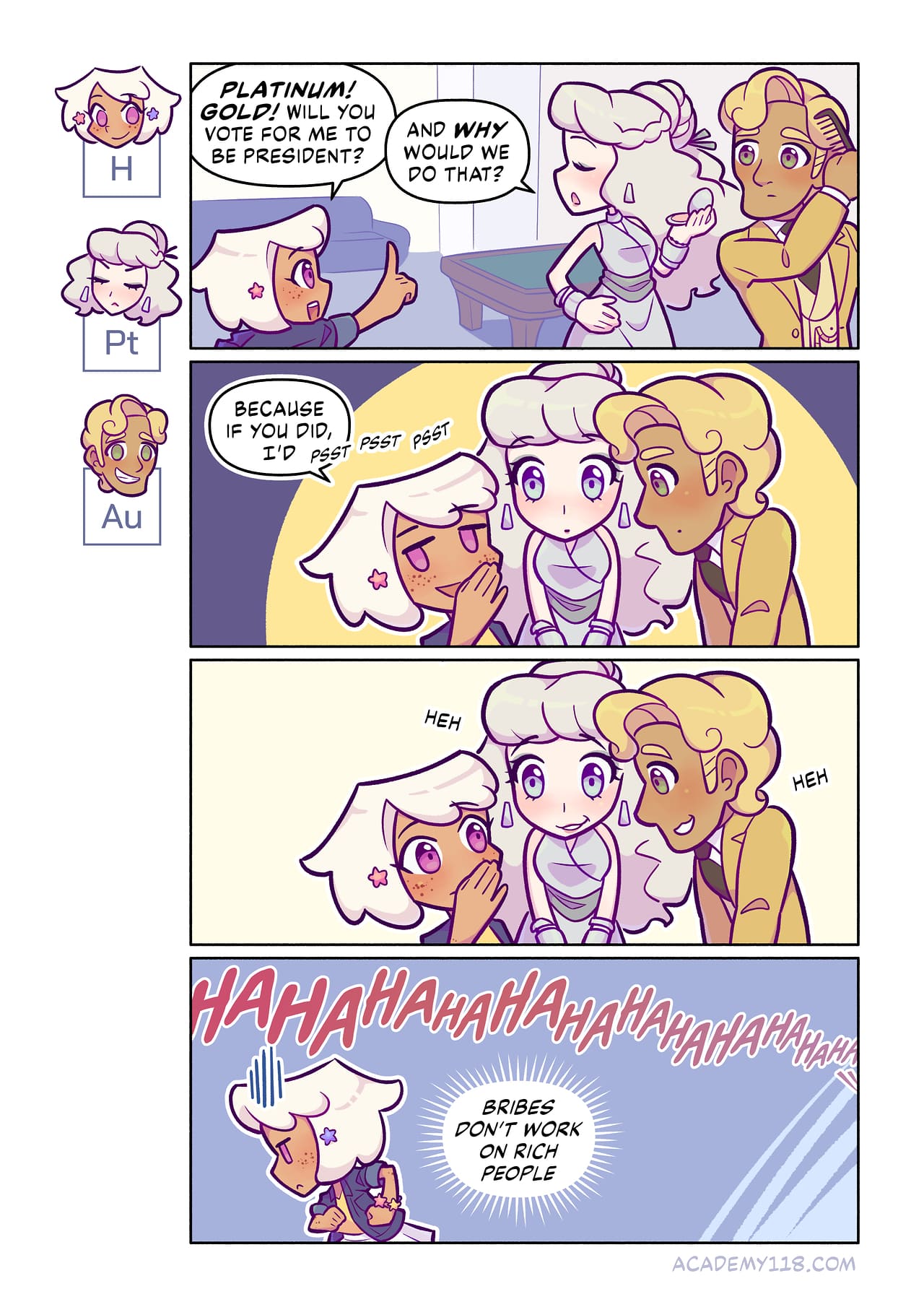 [Platinum has light skin, grey eyes, and platinum-blond hair in a regal hairstyle that looks like it took three hours to do. She wears a sleeveless silver gown and silver bracelets. Gold has tan skin, windswept blond hair, hazel eyes, and a square jaw. He wears a gold suit, a gold waistcoat, a gold pocket watch, and a tie that’s—you guessed it—brown. Platinum and Gold stand in the school lounge, in front of a couch and pool table. Platinum holds up a makeup compact, while Gold combs his hair. Hydrogen runs up to them.]
Hydrogen: Platinum! Gold! Will you vote for me to be president?
[Platinum sticks her nose up in the air.]
Platinum: And why would we do that?

[Platinum and Gold lean in as Hydrogen whispers something in their ears.]
Hydrogen: Because if you did, I’d psst psst psst