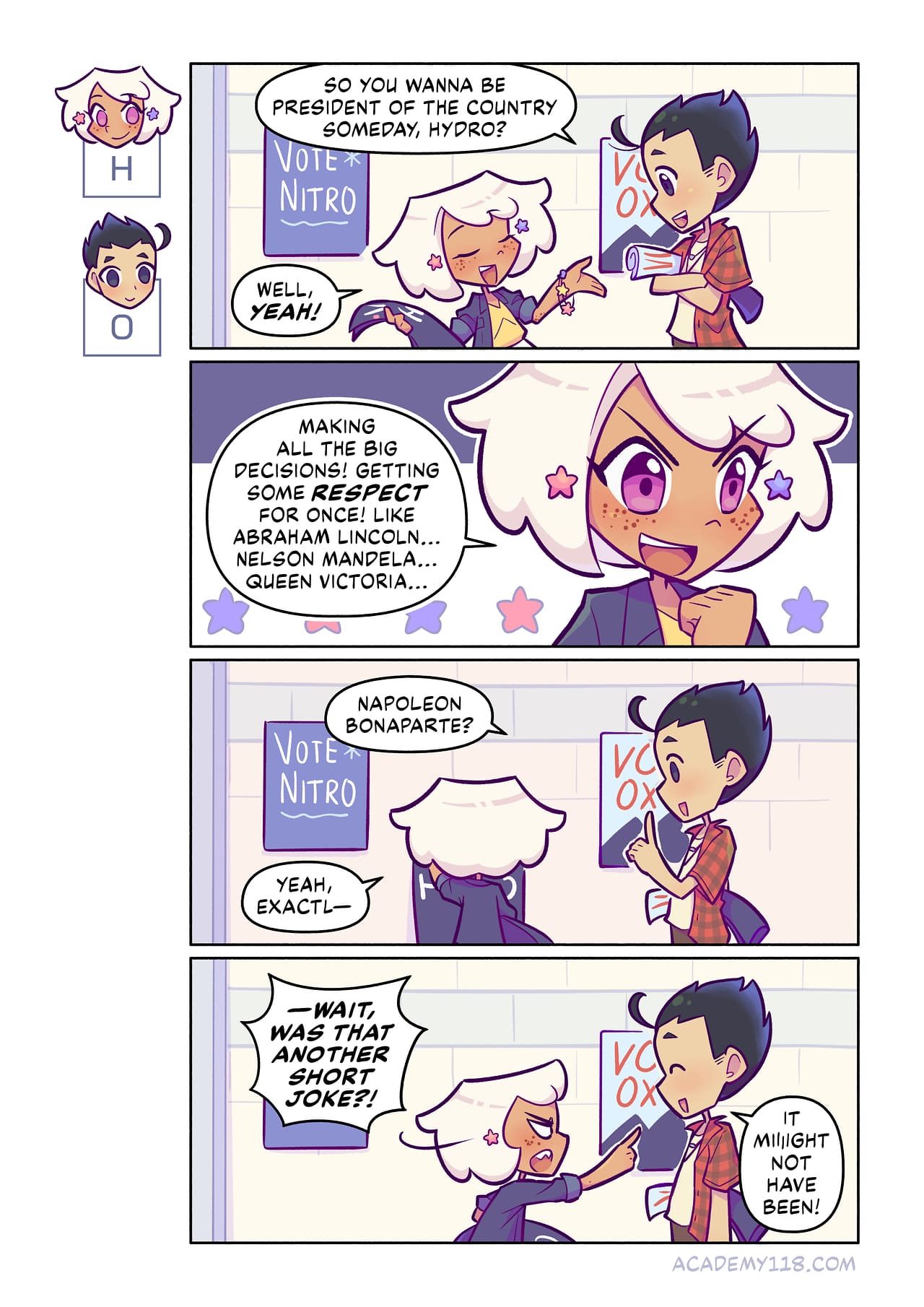 Oxygen: So you wanna be president of the country someday, Hydro?
[Hydrogen spreads her arms wide.]
Hydrogen: Well, yeah!

Hydrogen: Making all the big decisions! Getting some respect for once! Like Abraham Lincoln…Nelson Mandela…Queen Victoria…

[Hydrogen moves to put her poster on the wall between Nitrogen and Oxygen’s posters.]
Oxygen: Napoleon Bonaparte?
Hydrogen: Yeah, exactl—

[Hydrogen drops the poster and turns to jab her finger at Oxygen.]
Hydrogen (shouting): —Wait, was that another short joke?!
Oxygen: It miiiight not have been!